Thank you to all my loyal readers for waiting patiently for the Amazing Laurel C. Kriegler, Editor Extraordinaire, and me to finish SOVRAN’S PAWN the way we would have liked to have done TEN YEARS AGO!!

Laurel has been after me for years to flesh out the book that was originally intended to be a backstory novella, and to bring it into stylistic alignment with HERO’S END and BARRON’S LAST STAND.

The new, Expanded Edition is more than twice the length of the original 2012 release. It contains a more in-depth world-building, and readers will find many of their most commonly-asked questions answered.

The darkness inside him slumbered once more, sated by blood and violence—but for how long this time? He flexed his aching hands and leaned back against the cold stone, crossing his arms against his chest. He’d made his point. There would be no further challenges.

Look for it to go on sale in the near future. There are plenty of surprises to keep you turning the pages and wondering what comes next!

From the first moment he stepped out onto a sheet of wide-ruled, three-hole notebook paper on November 4, 1984, Blade Devon commanded center stage. Until that moment, Bo Barron had a love triangle going with two other men: Lee Trager, a tall, dark, and handsome casino owner (and a bit of a pretty boy,) and Alec Barclay, a sandy-haired, hot-shot pilot with an inability to commit. When Blade Devon swaggered across the page, Bo (and I) sat up and took notice.

Where Lee was cultured and refined, and Alec was clean-cut military to the core, Blade was scruffy, rumpled, unshaven, his blond hair a little too shaggy and his manners less than gentlemanly. Bo and I quickly learned that his appearance and demeanor weren’t because of a lack of upbringing or not knowing better, rather were borne of fierce independence and a desire to face life on his own terms. In other words, he really couldn’t care less. He was a Bad Boy.

The joke was on me.

Bo spent less and less time with her two love interests and more in the company of the hard-drinking, two-fisted mercenary. All the more intriguing, Bo and I learned that the man had secrets upon secrets. Like peeling an onion, we’d pull back one layer after another, only to discover that there was so very much more to this character than either of us anticipated. Before we realized, Bo and I were smitten and the other men were relegated to the dusty old files for dredging up later. Bo had found her soul mate.

(Lee Trager returns as Blade’s antagonist in ARCANA DOUBLE CROSS. Time on the back burner and losing Bo have twisted him and turned him into a bit of a sadistic villain. Alec has mutated and split, finding his way into the characters of Royce, Jaden, and Edge.) 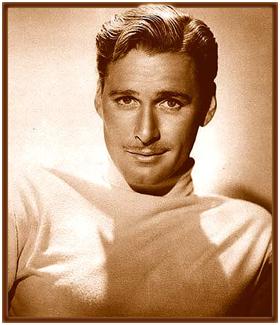 The question keeps coming up, “Who is Blade based on?”

That’s a tough question to answer. Blade’s earliest inspiration can be found in Errol Flynn’s autobiography MY WICKED, WICKED WAYS which had been re-released the year before Blade’s birth…and yes, I read it. I was smitten with Flynn from an early age. The swashbuckler with the lopsided smile, the easy charm, and wisecrack for every dangerous situation – how could I not fall for him? And then, with the other book, the one claiming Flynn had been a Nazi spy…well, who doesn’t love a good swashbuckling actor-adventurer-spy?

But Flynn bears no resemblance to Blade physically…or does he?

“Her gaze traced the curve of his brow, his high, prominent cheekbones, the line of his jaw – not quite as square as his brother’s, but longer – to the barest hint of a cleft in his chin. He laughed at something the interviewer said, showing a pair of matched dimples that sent Bo’s innards into a barrel roll.” – HERO’S END

“Who is Blade based on?” 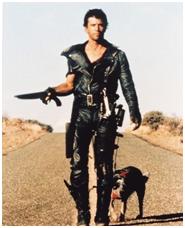 Dystopic, post-apocalyptic sci-fi was all the rage. At the top of the heap was the quintessential anti-hero, struggling to get along in a world gone mad, carrying the loss of his wife and child, battered and bruised, wild-eyed and dangerous, with cold blue eyes that had seen too much and a beautiful face buried under dust, sweat, and blood. That could only be MAD MAX, THE ROAD WARRIOR, Mel Gibson in his earliest,

glorious breakout role. Yes, there is an element of Mel Gibson as Mad Max buried deep in the heart of Blade Devon. In fact, Blade owes his blue eyes to Gibson.

Also in 1984 were the Los Angeles Olympic games. The US Men’s gymnastics team was the first US squad to win the Olympic team gold medal. Bart Conner, Tim Daggett, Mitch Gaylord, Jim Hartung, Scott Johnson, and Peter Vidmar were celebrated heroes that summer. Conner, at 26 (Blade’s age in SOVRAN’S PAWN) was the old man of the team and had come back from surgery to repair his torn bicep, to win two gold medals, one with his team, the second with a perfect 10 on the parallel bars. A bit of each of them found their way into characters, ideas and stories.

Bulwer-Lytton. Canadian actor, Duncan Regehr portrayed the gladiator-slave Lydon. Regehr would go on to play Errol Flynn in the television adaptation of his autobiography. Can you see where I’m going here? Tall, beefy, square-jawed, ripped Regehr provided a good model for the body type of Blade Devon. (Regehr also provided inspiration for another character in a stand-alone novel that is as yet, unfinished.)

It was about this time that BLADE RUNNER hit cable. I can’t talk about the conception of Blade Devon without giving a nod to Rutger Hauer, who also solidified his tall, broad, blond, influence with the 1985 release LADYHAWKE. I like to think Blade’s ruthless edge comes from a combination of Hauer’s portrayals of Etienne Navarre and Roy Batty.

England’s Prince Charles admitted in an interview around then that he’d had aspirations of being an actor. His brother, Prince Andrew, the Duke of York, served in the Falklands War and is considered a bit of a daredevil. Sound familiar?

Each of these men, in some way contributed to the original vision of Blade Devon. 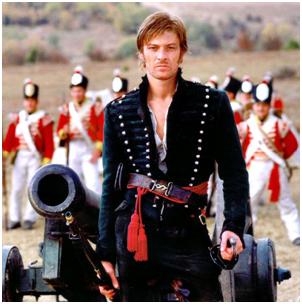 Since 1984, Blade has absorbed bits and pieces of other men, other characters and other roles, including the likes of Val Kilmer in WILLOW, Sean Bean in SHARPE’S RIFLES and Nathan Fillion as – well, you know.

“Who did you originally cast as Blade?”

Maybe there is one man I envisioned playing the role of Blade Devon in the imaginary movie I’ve made in my head. Then again, maybe there isn’t. Perhaps he is nothing more than an amalgam of traits and features that fell into place at the right time to create someone completely new. Perhaps that’s why he captures people’s imaginations.

The beautiful thing about creating a character like Blade is letting my readers offer their idea of who is playing the character. I have been surprised and pleased by the suggestions offered up. My favorite came from Amy Kolan, who confided that she saw Blade as Chris Hemsworth. 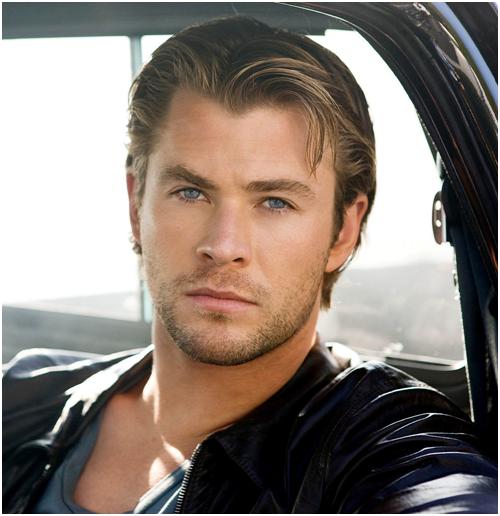 I’d never heard of the Aussie actor at that point. Of course, I’d seen him as James Kirk’s father in STAR TREK, and I’d seen the trailers for THOR and THE AVENGERS, and even passed through the room while my kids watched THOR, but I hadn’t paid him any attention. I didn’t get a chance to see THOR for myself until a couple of weeks ago. Out of curiosity, I recorded it. When my husband and I had a quiet minute, we sat down to watch. Partway through, I told my husband that Hemsworth had been suggested as a potential Blade.

Gobsmacked, my husband sputtered. “Not pretty enough? This guy IS Blade!”

I have to admit that the roles he’s played are roles that Blade would have played. He does have a maturity, solidity and swaggering-self-confidence-on-demand that screams Blade Devon. Given my husband’s reaction, (and Hemsworth’s performance in SNOW WHITE AND THE HUNTSMAN,) I am perfectly comfortable endorsing Hemsworth as a suitable Blade Devon.

“But who is your original inspiration for Blade Devon? Whose face do you see in your mind’s eye when you write him?”

That, my friends, is something I’ll never tell. Only one other person on the planet can say with any certainty whether anyone in particular wears the face I consider Blade Devon’s, and that person has sworn to take the secret to the grave. Other than this list of hunks, heroes and Hemsworth, that’s all you’re going to get.

I promise you, your imagination will serve you far better than sure knowledge of the truth.

Who did you cast in the role of Blade Devon when you read SOVRAN’S PAWN or HERO’S END?