The buzz for NaNoWriMo (National Novel Writing Month) is in full swing on the writer’s blogs and chat groups.  I’m torn about participating this year. I probably will not because Book Two of The Black Wing Chronicles is in its second draft now and I really won’t have the time to crank out 50k words for fresh novel.

It’s a little-known fact that SOVRAN’S PAWN was a pinch-hit NaNo Novel. Two family crises in succession took the wind out of my sails for the Southern Humor story I was working on, so I replaced it with a the back story for my REAL novel, a space opera adventure on which I’d written nearly as many words. By the end of the month, I had the first draft for what would become SOVRAN’S PAWN, a novel I never intended to write. I mentioned the project in my personal blog that has pretty much sat disused since SOVRAN’S PAWN was released this past spring.

I considered the substitution cheating, but my NaNo buddies encouraged me to count it as a win since word counts had been comparable and I’d finished the first draft of the novel in the process.

NaNoWriMo is a wonderful exercise for writers and wannabes. I strongly encourage anyone who has entertained the idea of writing a novel to give it a try. The discipline needed to simply sit down and write to a goal, with no self-editing is an invaluable experience. So many writers get into the habit of not finishing things because they don’t finish a first draft, but continually revise and edit.

So if you’re planning on participating in NaNoWriMo this year, here are some links I’ve found helpful:

And, of course, here it is again:
http://www.nanowrimo.org/

When I write a new story, I approach it like constructing a building or a living organism. First you lay the foundation (premise), then you build the framework, which I envision as the bones. At this stage, I have the main plot points down and the major scenes are in their place to push the rising and falling action to the climax and the denoument. Some scenes are fully realized, others are brief narratives that describe the action and the purpose of the scene. Anything goes at this point. Anything, no matter how bizarre or disjointed is allowed. That’s the first draft. 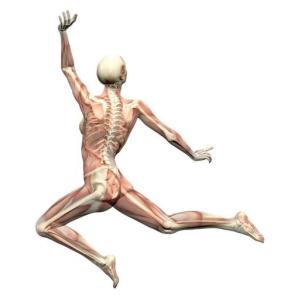 The second draft is where the meat and connective tissue are added. In the second draft, I focus on transitional scenes and place the actions and dialog that foreshadow coming events. I beef up and write the scenes that are simple narratives and I look for plot holes and dropped plot lines. Simple scenes that were mostly dialog get blocking and characters start moving around the space. Scenes that do not serve to advance the plot in any way are cut, but saved for reference or re-purposing.

The third draft gets skin. The “skin” hides the technique. Scene and sequel should flow seamlessly. Transitions are smoothed. Passive voice is removed. Grammar is analyzed for consistency. Character reactions are analyzed and tweaked for appropriate response. Stilted dialog is reworked to sound more natural. Characters’ mannerisms and subtle gestures are tweaked. Setting and descriptions take center stage.

The fourth draft is the hair, makeup and clothing. In the fourth draft, typos, overused words and phrases come out. The fourth draft is where the little details are added to ensure that readers are emotionally involved in the story. Everything that doesn’t create immediacy or place the reader in the middle of the action comes out or gets reworked. This is the devilish draft because it takes  so long to complete and the results are not readily apparent to anyone but me. The devil is in the details and the fourth draft is all about the nit-picky details. Upon completion, this is the draft that goes to the beta readers for a final look.

A fifth draft goes to the editors for a figurative photoshopping, and becomes the final draft that makes it to publication.

I don’t know if all writers work this way, but this technique has worked for me because it allows me to write cyclically. Once I have the main points in, I can jump around in the story as details for plot threads solidify in my mind, returning to key points to make sure there is a coherent flow from one to another.

The first draft of THE BROKEN WING is complete and revisions have already begun on the second draft. Still no concrete date set for its release.