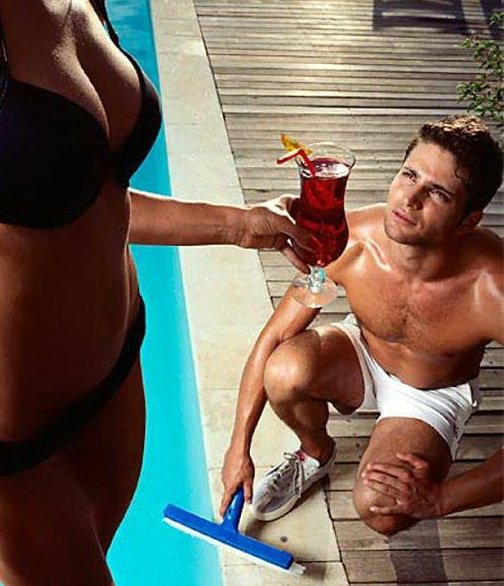 I received a great compliment yesterday. I was informed that one of my characters has greatly upset the son of a friend by commenting that his girlfriend was cute and asking if she were legal.

It’s a long story, and you can find the short (flash fiction) version here, but I love creating characters, especially rascally males with lopsided grins and a mischievous twinkle in their eyes. Maybe it comes from having three older brothers, eight male cousins, and more than a decade between my sister and me. 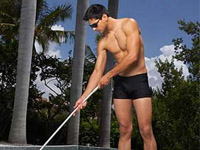 This particular character, Raul the Pool Boy, has taken on a life of his own with friends on Facebook, a real job, and an apartment in the Haunted Hospital. When Raul first joined Facebook, my friends were informed of the fact that Raul was a work of fiction and simply an exercise for me in developing characters. They entered into the game with high spirits and great amusement. Over the past three years, many of them have forgotten his beginnings. Some more have even forgotten that he’s fictional. He even has friends of his own! From time to time, I have to remind them. That’s what happened with my friend and her son.

I toy with my characters, getting to know them outside of a formal story, figuring out how they will respond to a given situation. You could say I live with them a while. I haven’t bothered with the cute little writing exercises designed to get to know your characters in more than twenty years. Even then, I found those exercises to be more of a waste of my time than helpful. I really do treat my characters more like imaginary friends than anything else. I guess I’ve never really grown up.

In the early days of my writing, I worked with real-life, non-imaginary friends. Each of us took a character, created it, developed it, and then let them interact with each other and our world, getting to know them by just living with them. Other friends have participated over the years. Yes, it’s very much like role playing games, only we’re making up the rules as we go. For me, this approach has been instrumental in developing the worlds and the characters of the stories that populate my imagination.

Today, that game continues still. Friends have gotten into the spirit of the play adding Raul’s irrepressible mother and his long-suffering sisters to his circle of friends. The friend whose son was upset had to be reminded only last week that Raul was fictional. She didn’t believe me at first, then confessed that she’d believed him to be an undercover DEA agent. Don’t know why. I’ve never made any claims to that. But it makes a good story. I may use that.

My husband is by turns amused by it all and resigned to his lot as the spouse of a writer. He’s actually had this conversation with his own friends: 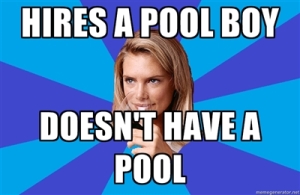 FR: Who’s this Raul guy that keeps commenting on your wife’s posts on Facebook
DH: He’s the pool boy.
FR: When did you get a pool?
DH: We didn’t.
FR: You don’t have a pool?
DH: No.
FR: But you have a pool boy?
DH: Yes. He lives in the hospital.
FR: Ummmm…

Who says being married to a writer is boring?

Make no mistake, Raul will have a starring role in a contemporary novel in the near future. In the mean time, you can find him hanging out on Facebook and flirting shamelessly when he’s not working.

How do you play with your imaginary friends?