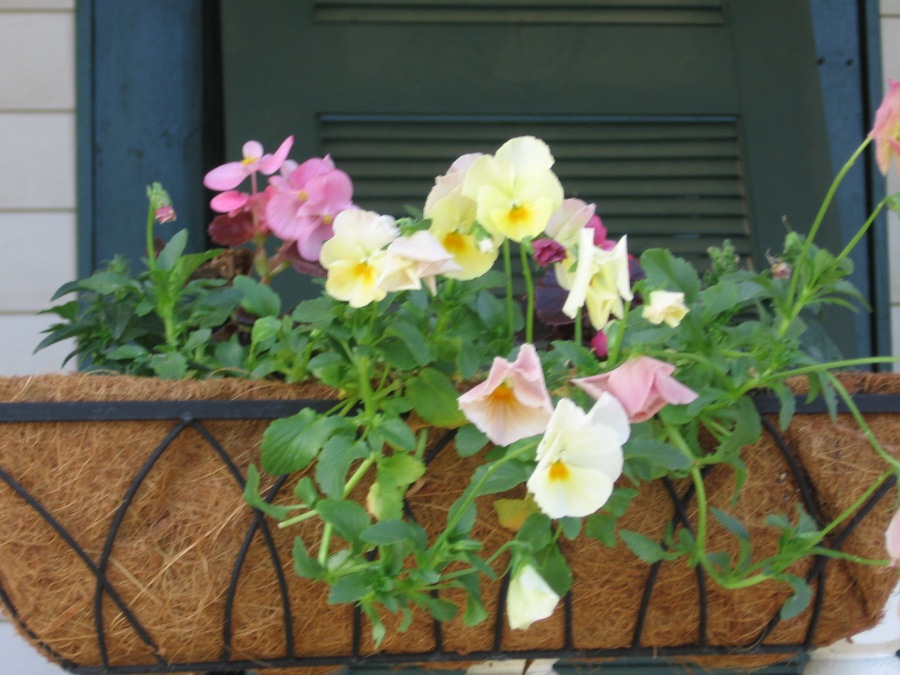 While in one of my ongoing daily conversations with my friend/editor/confidante Laurel Kriegler, she accused me of being a pot-stirrer. Never mind why. It really isn’t relevant. I confessed that I have been accused of such. My husband (also a pot-stirrer) lovingly refers to me as a troublemaker. I don’t mind.

Age and experience have taught me that there is a certain amount of trouble that any given person will be exposed to within the course of the day. You can either sit back and let it find you, or you can be causing it for someone else. I get into more trouble just sitting at home, minding my own business, knitting and letting trouble find me.

For example, when I was expecting my third child, the doctor put me on bed rest halfway through the pregnancy. Obediently, I sat quietly, doing nothing more strenuous than knitting baby clothes and watching chick flicks, like Legally Blonde and Father of the Bride. I didn’t even get on the computer or take part in social media at the time.

One morning, while I was working on the cutest little cable knit cardigan in mint green, my telephone rang. (This is trouble’s favorite way of finding you. This is why I never answer my phone anymore. I screen all my calls now, especially during working hours.) The older woman on the other end introduced herself as if I should know her. I did not. She explained that her mother was the daughter of the doctor who had originally built the home in which I live.

“How nice,” I said. I made all the appropriate polite noises one makes to strangers who call you up out of the blue to tell you such things.

The woman went on to say that her mother had just passed away a few days earlier. Again, I made the appropriate polite noises expressing condolence. (I’m Southern. It’s how we do things. A Southerner would rather be thought stupid than rude, so we’re painfully polite.) All the while I wondered to myself why this stranger was calling me, of all people, with this information. We are not originally from the area and have no ties to the families here.

“My mother grew up in the Sanchez House,” she said.

Okaaay. I’m guessing that’s a given, considering she was the daughter of the original owner and it remained in the family for ninety-odd years.

“She always talked about how much she loved the place,” she went on. “She especially loved the rose garden.”

The only rose garden on the property is the one I planted when we moved here. The old doctor had been camellia happy and planted every variety known to human kind, but no roses. Again, out of deference to her grief and recent loss, I made more appropriately polite noises, but didn’t correct her.

She went on to say that, despite the fact she hadn’t lived there in more than sixty years, she wanted to bury her mother in my rose garden, up against the house, just outside my children’s bedroom window. 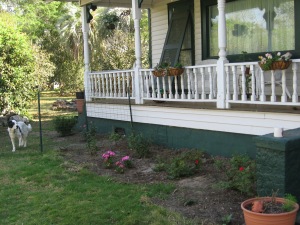 I was too stunned to come up with any appropriate polite noises for that request. I’m not sure there are any appropriate polite noises for that. The most surreal part of this request was that she seemed to be taking it as a given that I would naturally not only accept, but be thrilled to oblige. Not quite knowing how to respond to this kind of…gall? …cheek? …insanity? …presumption? I managed to stammer something diplomatic, vague, and of course polite.

The funeral was to be that weekend. There would be the usual number of mourners for a pillar of the community in the Old South, which translates to at least a hundred nodding, pinch-faced, elderly folks, with their cataract-clouded eyes staring disapprovingly through their bifocals at the younger generation, dressed inappropriately for the occasion, and taking stock of who has gone on to Glory and who has managed to hold on out of sheer cussedness.

I explained that I was on bed rest under doctor’s orders and would be unable to host her family’s funerary request. I was not able to cook and clean and otherwise provide entertainment for the funeral and wake.

She made disapproving noises over my bad manners. She huffily explained that the funeral would be held at the church and the interment was to be in my rose garden and I shouldn’t be inconvenienced in any way. Her tone spoke volumes about her inability to understand why I was being so difficult about it all. After all, her mother had lived there first and she said as much.

Now, the house had been sold twice since leaving the family’s hands. Both times, it stayed on the market for a year or more before it sold. If the property was so darn important to the family, they’d had ample opportunity to buy it back. No, this wasn’t a reasonable request by anyone’s accounting except the crazy lady with the dead mother she wanted  bury under my sons’ bedroom window.

Realizing I wasn’t dealing with a rational request, I made soothing noises, because that’s what one does with crazy people. I took her phone number and told her I would have to check on the legality of her request and get back to her. Surely there were zoning laws and Health Department regulations prohibiting the random burial of human remains in populated areas.

Of course not! This is rural south Georgia, for crying out loud! Neither the city nor the county nor the Health Department had laws or regulations prohibiting such. In fact, I don’t think anyone but me saw this as anything but a rollicking good idea! However, the nice man at the Health Department told me that I needed to notify the neighbors prior to the interment, and if any of them expressed an objection, they could stop the burial that way. Knowing my neighbors and their fawning love for the family, I doubted that would happen.

Fortunately, I managed to convince one neighbor to object.

Relieved, I called the crazy lady with the bad news. I made more soothing, polite noises. She insisted on knowing the name of the neighbor who objected so she could call them and bully them into compliance. I refused to give her that information. I informed her politely that I had considered her request, I had looked into it and the answer was no. I did tell her that she’d had opportunity to purchase the home when it had been up for sale the two years prior and if she had, she could have buried her entire family on the property. But it was no longer owned by the family, and using the front yard as a family cemetery was not a possibility.

After that, I decided I’d never wait for trouble to find me again. Since then, I’ve been very proactive about it all.

Better to be the one stirring the pot than the one dealing with crazy people who want to bury their mama in your rose garden.

12 thoughts on “You Want to Bury Your Mother Where?”